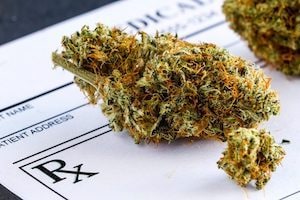 In mid-April of 2016, Pennsylvania’s Medical Marijuana Act (“MMA”) listed as Senate Bill 3, Act 16, was enacted by a vote of 149-46. The Bill became effective on May 17, 2016. The Commonwealth set an eighteen-month time limit until full implementation and compliance. In signing the bill into law, Governor Wolf stated that the legislation “will improve the quality of life for patients and their families throughout Pennsylvania [and] shows that Harrisburg can come together to address big challenges on behalf of the people of the Commonwealth.” Pennsylvania thus became the twenty-third state, plus the District of Columbia, to now allow certain, qualified individuals to be prescribed the use of marijuana for medical treatment.

How the MMA Affects the Employer / Employee Relationship

How this law will affect the interplay between employers and employees is yet to be determined. One section of the Act expressly states that an employer is prohibited from taking adverse employment action against an employee solely on the basis of their approved medical marijuana status. The language of the Act is silent as to the underlying condition that can lead to the granting of such a protected status. Thus, employees are granted some form of protection under the statute. However, employers still have plenty of leeway to discipline employees

The MMA and Employee Discipline

Important Caveats to the Law

One important caveat to the law is that an employee’s positive drug-test for marijuana cannot be considered the sole criterion for disciplinary action if her usage is medically authorized. However, a positive test result can be used when considering if an the employee is deemed “under the influence.” Exactly what constitutes “under the influence” remains uncertain. One point of reference can be found under a section that restricts employees duties for certain activities. This restriction applies when the employee holds a blood content of more than 10 nanograms of active tetrahydrocannabis (THC) per milliliter. Thus, employers are still free to discipline employees for marijuana use of the workplace if the use of medical marijuana has a negative effect on an employee in the workplace. Also, the blood content limit provides a baseline for employers to use when taking action against an employee for marijuana usage.

MMA’s Overall Effect on the Workplace

Exactly how this law will affect the workplace remains to be seen. Employees who are medically authorized to use marijuana are granted certain protections under the law. However, employers can still test authorized employees for marijuana, before they are hired and after. If they are deemed as under the influence, while at work, employers may still be able to discipline such employees, even if their usage is medically authorized. Considering this rule is still very new, it will take some time for the lines to be clearly drawn. We intend to monitor the evolution of this law and update this site as to what protections employees have in the workplace for medical marijuana usage.