Compassionate, Honest &
Responsive
Contact Us Now For a Free Consultation
Home
Articles
Pokemon Go and the Law of Trespass

Pokemon Go and the Law of Trespass 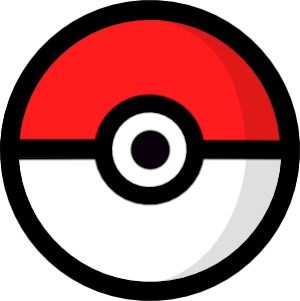 And so it has begun. In their never-ending quest to gather more Pokemon, players of the augmented reality game, Pokemon Go, have begun to trespass. Although public spaces like graveyards and parks have proven to be popular PokeStops (a Pokestop is a real world location identified in the game where players can gather items and more Pokemon), the game has also littered virtual Pokemon in real world locations with private owners; such as churches and businesses. Given that the object of the game is to gather more Pokemon, players have to walk, drive or in some way take themselves within proximity of these spaces in order to capture what they need. And this is where the real world problem of trespass enters the scene.

Wandering into a graveyard while staring down at your phone and hunting Pokemon is all well and good. As long as the graveyard is open. And many businesses are gladly embracing the role of being a Pokestop, in order to turn the crazed players into new customers. However, reports have cropped up of players wandering into police stations, where they are unwanted, and outside of churches that are now converted into people’s private homes. It is only a matter of time before a Pokemon Go player wanders into the wrong business or yard and has the police called on them. If this happens, they could be charged with trespassing. Let’s take a look at some possible scenarios and the legal risks Pokemon Go players face in Pennsylvania with regards to trespassing.

Trespassing is a criminal offense in Pennsylvania, and most people instinctively know what it means. It is illegal to go on to someone’s private property without the owner’s permission. However, depending on the type of trespass, the offense can be a summary, misdemeanor or felony, with each of these classifications bringing with it harsher criminal penalties. A person has likely committed a summary trespass if they wandered on to the property and there was no warning or communication posted to alert potential trespassers. If there is a warning posted, or the trespasser has been previously alerted, then the offense could be a misdemeanor. The misdemeanor carries with it stronger criminal penalties than the summary offense. Finally, if a person breaks into a building, or forcibly enters private property, this is likely felony trespass.

One potential area where Pokemon Go Players could be at risk is entering private businesses. Many private businesses are welcoming Pokemon Go players as this foot traffic can bring increased sales. But some may not, and if you are playing Pokemon Go, and a business owner ask you to leave, you should comply with the request. While one entry into a store is not likely to get you arrested, if the store owner warns you and you come back a second while playing, that could land you with a trespass charge. One way to likely avoid having the police called on you is to make sure you purchase something at the store. If you buy something every time you come in, the owner will likely not care how many Pokemon you want to catch once inside.

It goes without saying that you cannot enter someone’s house, but what if you didn’t know it was a house? There have been reports of churches being popular Pokestops. In this day and age, many churches have been transformed into private residences. So be mindful of your surroundings while playing the game. You don’t want to wander into or around a church that is now someone’s house. If you do stop by, don’t linger. The more you keep moving the less likely you will draw attention to yourself and the less likely you will get hit with a trespass charge.

You can obviously walk around sidewalks, parks and public places to capture your Pokemon. You likely won’t get charged with trespassing in these areas, but if you linger too long you could face a possible loitering charge. Loitering is generally a lesser charge than trespass. It can be applied to individuals who stay in or obstruct a public place for an extended period of time without a clear purpose for being there. So don’t stay too long in one place while playing the game and you can likely avoid a loitering charge.

Be aware of the closing times for parks, graveyards and other public areas. Even though these areas are open to everyone, they are generally not open for all hours of the day. And finally, have fun and be aware of your surroundings. You want to catch Pokemon, not charges. If you keep your head up and stay aware of where you are, you should be able to avoid most trouble while safely enjoying the game.

If you have any further questions about the legal risks associated with Pokemon Go, or if you have already found yourself in legal trouble because of it, please call Pometto Law now for a free consultation (412) 593-4529.