GO FOR JOE: Criminal Defense,
Family Law & Injury
Contact Us Now For a Free Consultation
Home
Articles
Six Points of Advice That You Won’t Learn From Law and Order if You are Facing Arrest

How to act When Confronted With Possible Arrest 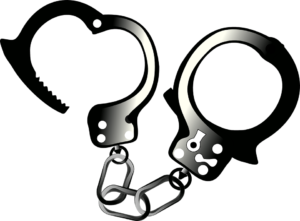 Have you ever watched Law and Order and asked yourself if that’s really how the system works? Well, to some extent, the answer is “yes.” Although it doesn’t work nearly as quickly and succinctly as the show’s district attorney, Jack McCoy, would have you think. What takes an hour on television can take a year or more in real life, which means that if you are arrested for committing a crime, you could be stuck in jail, or in limbo, for quite a while until your case is heard and you are exonerated. It is imperative that you hire a proven and practiced attorney to help you navigate the system.

Even before your lawyer arrives, here are a few things you can do to help yourself if you are arrested:

Most of us never think we’re going to be arrested. But sometimes life doesn’t go as planned. If you, or a family member, find yourself on the wrong side of the law, the first thing to do (after refusing to talk) is to hire an experienced attorney. Your freedom and your reputation are at stake; you really can’t afford not to.